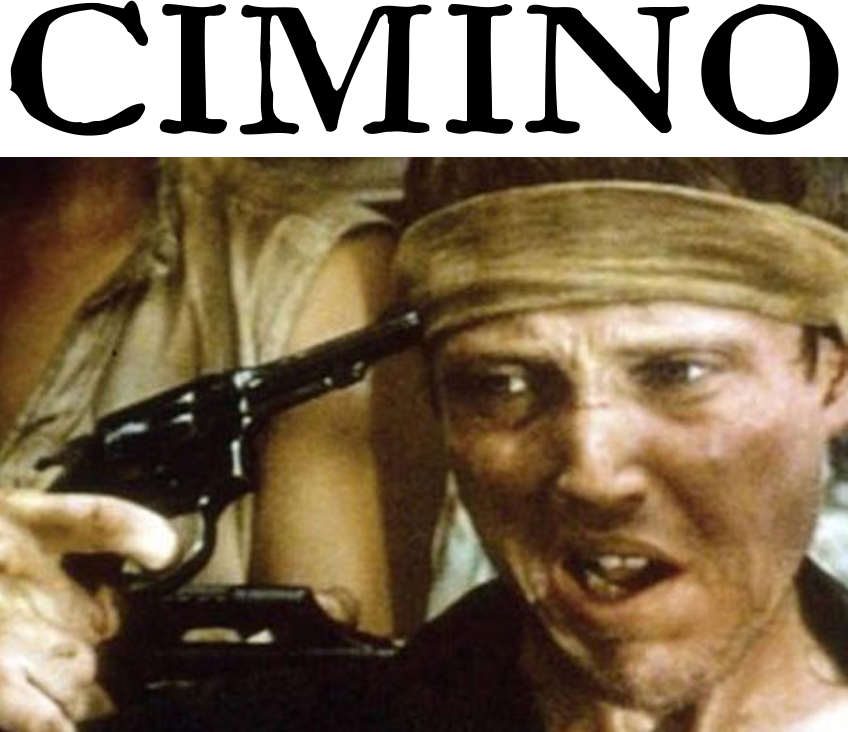 Michael Cimino was a top commercial director when I first started doing commercials. When he left for Hollywood and a film career I was approached by the company, MPO, that represented him in New York, to replace him. I politely declined because I felt the place was a factory.

I had admired his work and awaited his first film, THUNDERBIRD AND LIGHTFOOT. When I saw it, I didn’t think it reflected any particular vision that Michael had.  It seemed that it was heavily influenced by Clint Eastwood and years later Michael told me that it was.

When I heard that he was doing a film, THE DEER HUNTER that was set near my hometown, I got excited for him. The themes were familiar to me, loyalty, responsibility, trust, things that had destroyed my hometown of Braddock.

I had some minor problems with the authenticity of the movie but it was a powerful vision of that place and time, although attacked by liberals (Jane Fonda, et al), it deserved the adulation and successes it received. The ensemble performances were the equal of anything ever done.

There was a curious coincidence when Michael was filming HEAVEN’S GATE. I happened to get involved with a lovely lady that had broken up with an executive on the film because the ongoing problems in production had destroyed their relationship. Her knowledge of the various circumstances contradicted those by Steven Bach in his notorious book, FINAL CUT. Of course, I was eager to see the final film but it took quite a while and was truncated on its re-release after being savaged by critics. The film itself was a spectacular production but reminded me of INTOLERANCE for its excesses. I could see why the executives would have had mental breakdowns.