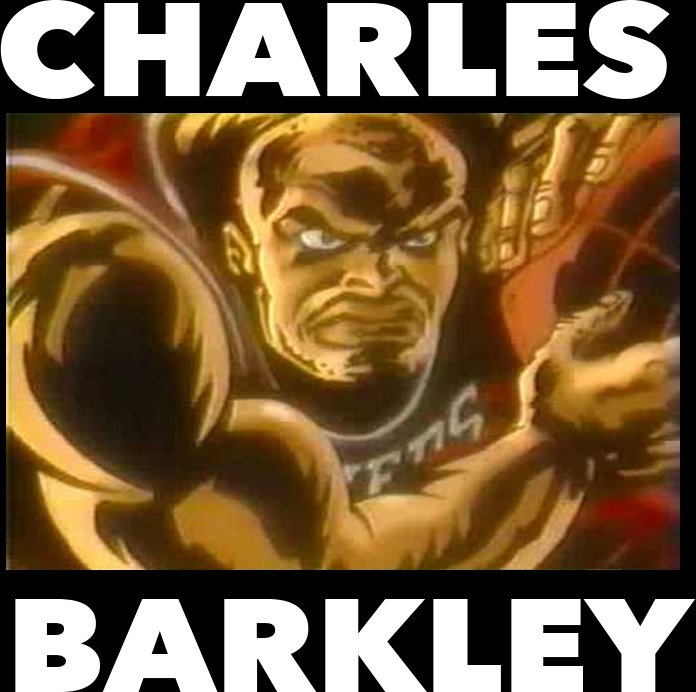 I first met Charles on a Nike shoot with Moses Malone and a few others. Moses busted Charles’ balls because I was taller, and Charles lied about his height.

‘Charles, you’re supposed to be six-five and Joe’s taller than you.’

Charles’ face got a little red.

We worked together on a bunch of  Nike stuff through the years except for a period of time when Charles was upset that I tried to ‘post him up’ on the court one time. He felt that was insulting.

There is some talk about him running for elected office. Stranger things have happened, Reagan, Schwarzenegger, Jesse Ventura, Sonny Bono, Donald Trump.

I was having dinner with Neil Aspinall one evening and he said:

Joe, there’s a rather imposing black man at a table across from us giving you the finger.

I turned and it was Charles. He came over to our table, resplendent in a white suit and said that he wanted to do a another SPACE JAM. We chatted a bit and he went back to his table.

Neil asked, ‘Who was that?’