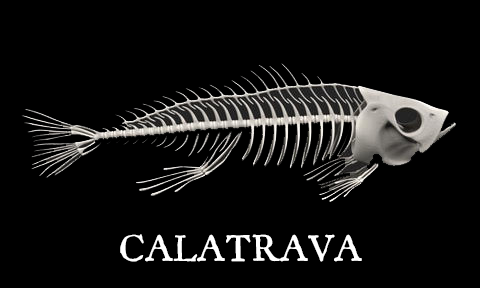 Ogilvy wanted to do an IBM Watson campaign with a celebrity and wanted to shoot in a ‘modern’ environment. I think one of the suggestions was the Pacific Design Center.

‘We’ve already filmed everything that’s there, there.’

They also had no idea what celebrity that were going to use.

A friend had mentioned an architect, Calatrava, that I had never heard of and that was an egregious mistake because I was always interested in architecture since I stumbled upon FALLINGWATER years ago. I have no idea why or how I had missed him, but I checked him out and found a project in Valencia, Spain, that looked like the inside of a modern computer, insanely indulgent and futuristic.

I sent the stuff to the agency and they were enthusiastic and we were off to Valencia, Spain. We still didn’t know who the ‘celebrity’ was. In flight. I think it was revealed to us that Dominic Cooper was the talent.

Later, this is about Calatrava.

I never liked filming in Spain, much. The crews there are more interested in smoking and socializing than doing work. At least, that’s been my experience (and it was no different on this shoot). I was excited to have Paella Valenciana, there. When I lived in New York, one of my favorite restaurants was El Faro, in the village, on Greenwich and Horatio. Going there felt like being in Spain, or what I thought Spain would be since I had never been to Spain (at that time). A specialty there , and my favorite, was Paella Valenciana and where better to have it than in Valencia.

The location was surreal and stupid.

It was perfect or what we wanted and added value. Cooper was terrific, better than in the films I had seen of him. What irritated me about the location was ‘why?’

It didn’t seem to have a purpose and was full of needless maintenance expense, ponds and white tile and…The tile was a traditional Spanish type, Trencadis, and was falling from the opera house, so we were not allowed to film there. I had marveled at the effort that had to be taken to place the tile on the buildings and the pools, but I guess there was a ‘failure to communicate.’  The place was absurdly arrogant and there were many many backgrounds for filming but I could never understand the purpose of anything, just extravagance.

I later found that the site was full of cost overruns and the subject of various lawsuits. The design was spectacular, though, but more suited to Sci Fi the anything and the building of the site was four times over budget. It worked beautifully for our purposes, though, and we went back for a second round.

I then found out (belatedly) that Calatrava was doing the 9/11 Memorial in New York, an important American memorial by a Spanish architect? What’s worse, they bought hundreds of millions of dollars of steel from Italy. I’m from Pittsburgh, Steel City, home of the Pittsburgh Steelers. And you’re buying steel from Italy?

This is fucked up!

What’s really fucked up is that the place is two BILLION dollars over budget and looks like a fish carcass’ bones bleaching in the sun.

Gehry and Calatrava are linked. There are intriguing sculptural aspects that touch  their work, but is it architecture? I once read that the initial rule of architecture was to provide shelter. I haven’t been able to find the book or quote but it makes sense. There is a practical purpose for the architect to understand the purposes of his assignment.  The irony is that Gehry built a metal container for a mediocre concert hall and Calatrava clad his concert hall with crappy tile that rendered it useless. I found a physical joy in experiencing their work. I filmed in both places with great result, but I also questioned the purpose, the effect, and the cost.

I looked into some of the circumstances to the work of these two guys and it’s hysterical. There’s all this money to spend and how can we fuck this up. The stories are farces better than Swift. I like a lot of what Gehry has done, the fish sculpture, the use of mundane materials, cardboard, plywood, although Donald Judd did it better (and was more ‘art’ful).  I don’t really ‘like’ Calatrava. His work may be interesting but not for the reasons it was created.

And after all that, the paella in Valencia sucked (and El Faro is no more).