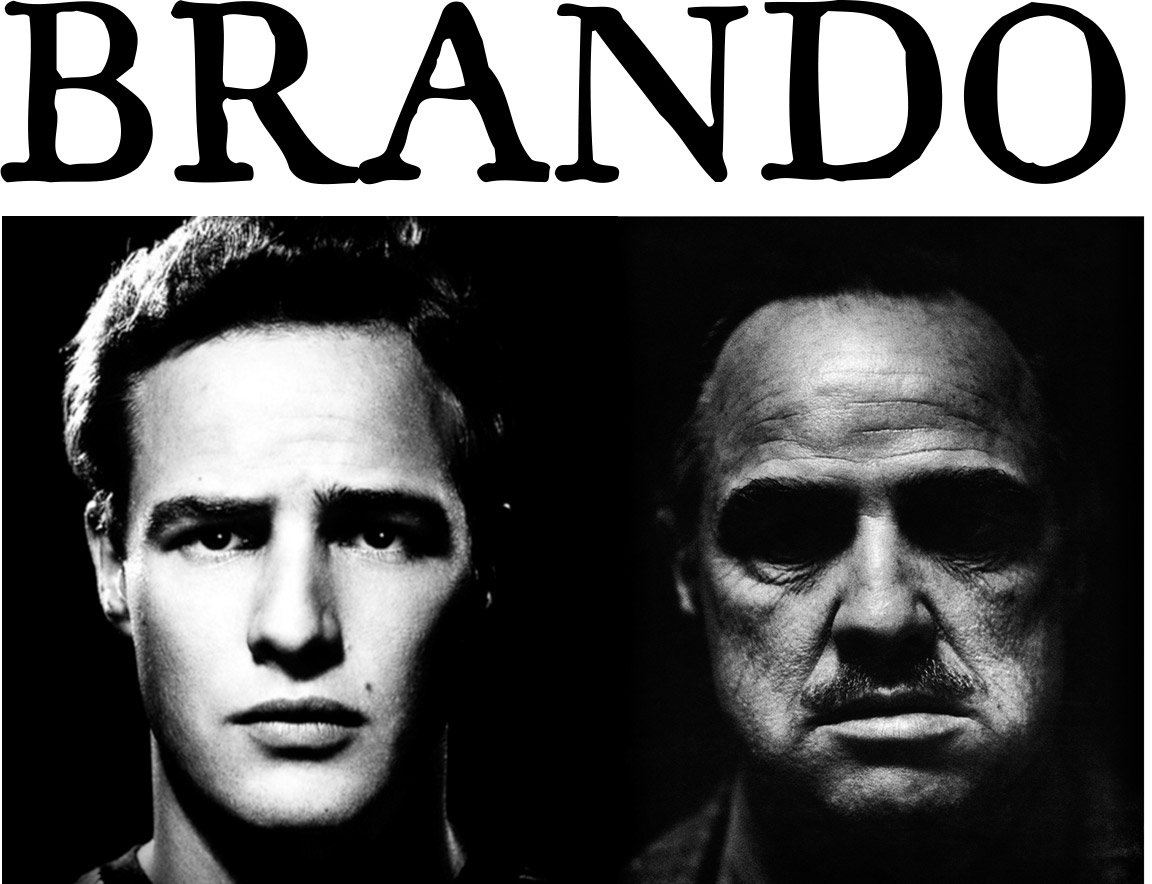 I’m in a sound studio waiting for Marlon Brando.  Don Schneider and Michael Patti are also there. Brando is going to do a voiceover session for a Pepsi commercial replaying THE  GODFATHER character through a little girl.  It’s not as sick as it sounds.  Brando shows up and he’s a short, plump, little man with tiny hands and tiny feet.  He looks almost like Truman Capote in his later years.  Fragments of his characters, THE WILD ONE, TERRY MALLOY, THE GODFATHER flash by and I cannot reconcile this man with those powerful icons.  After a round of greetings, Michael, Don, and I sat and chatted with him about the script and the character.  I was taken by Brando’s process because he took this tiny piece of work so seriously.  I just stared at him while he spoke.  He caught my look and asked why I was staring at him.  I said, you’re Marlon Brando.  He was Marlon Brando but he also wasn’t.  He wasn’t the Brando of my childhood.  He wasn’t the Brando who changed acting forever.  He wasn’t the Brando that resulted in DeNiro and Scorcese and Steiger and James Dean and a million failures.  I left before the session began.  I didn’t want to be there anymore.