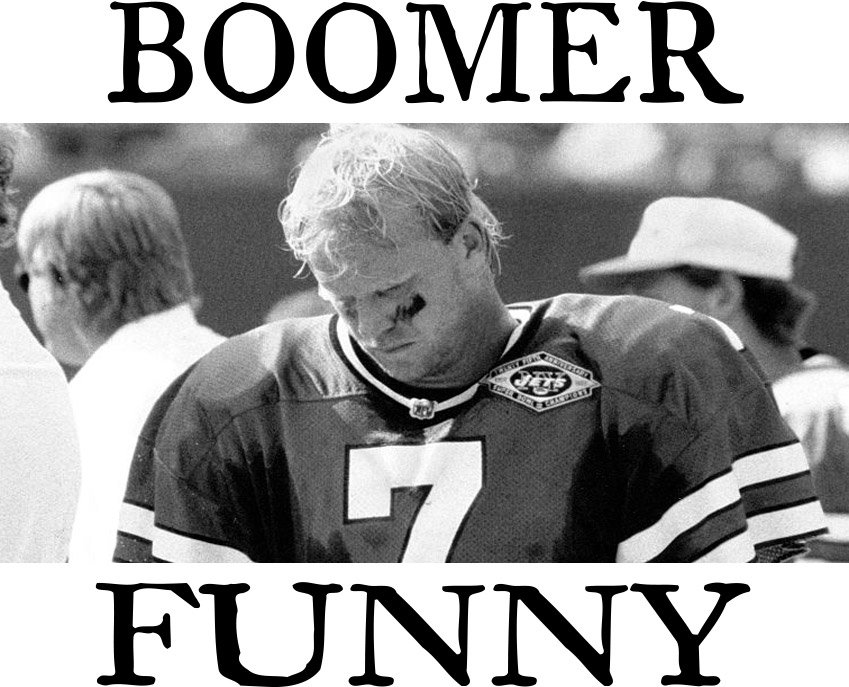 I played basketball with Boomer Esiason while we were on a break from filming a Doritos spot.  It’s the same shoot that LT threatened to kick my ass.  Boomer was extremely funny telling NFL stories.  I thought that they would make a great short film but I soon realized he wouldn’t repeat then them on camera.

Boomer was sacked on a Monday Night Football game and he went over what the announcers would be saying.

Boomer said he went over to the coaches and asked if they had a blocking scheme so that he wouldn’t get sacked. They assured him. On the next set of downs Boomer got sacked in the same way when a safety came in unblocked and unaccounted for.

There go the announcers again.

The next story is tragic funny. Twenty of his teammates were charged with rape. Boomer says they were so stupid that they told the victim their name after each incident.

Joe, how would you like to go into a huddle, look around and realize that many of the guys you’re playing with are admitted rapists…felons?

I’m not sure how the incident was resolved. An incident like that can never be resolved but Boomer’s recollection was compelling and stupid funny.