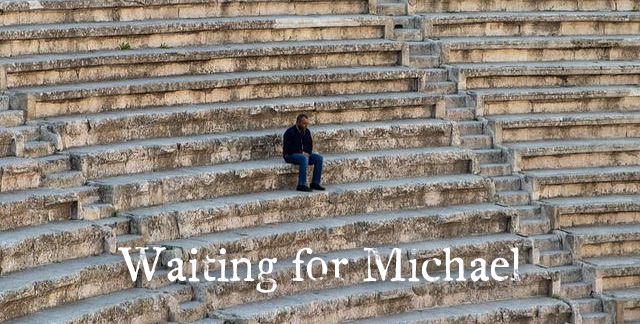 I was about to have my first meeting with Michael Jackson for the BAD Pepsi commercial. We were meeting in a subway where Martin Scorsese was filming the video.  I had a few issues with how the agency was seeing the production. The producer was a bit arrogant about where and how to film it. They wanted to film at the Pasadena Civic Auditorium and they also specced out a hundred extras. What that meant was a lot of wasted time and energy trying to make it look like a full crowd, green screens and stuff, where all I was concerned about was having Michael perform.

We waited for several hours while Martin Scorsese did take after take of the dance sequence. There was no interaction with Michael as Scorsese just sat by his monitor (alone) and directed through intermediaries.

Anyway, our turn came.  I had never met Michael before and when I was introduced his look at me did not inspire confidence.

Michael was excited about his performance, though. The only real practical note he gave, was that when the curtain opened, all he wanted to see was people. Meeting over, we were walking up the subway stairs and I rubbed it in.

‘There goes your production budget.’

‘All Michael wants to see is people.’

‘Do you want to fill the Pasadena Civic with people?’

(long pause) ‘What are you thinking?’

‘A thousand extras and a set.’

Geoffrey built a steep amphitheater-ish set and stage on stage.

When you need that many extras, you can get a SAG waiver after you’ve employed a certain amount. I’m not sure how many, but the extras you get are the lame, the halt, and the blind.  We had guards to ensure behavior but you never know.  We put all the SAG extras in the front rows and hoped for the best.

We shouldn’t have worried.  The crowd went crazy for Michael and chanted between takes.

I had several camera crews and I filmed with an Arri 2C, hand held. This was well before I discovered the Aaton. I was so blown away when he came out for his first take that I didn’t shoot anything.