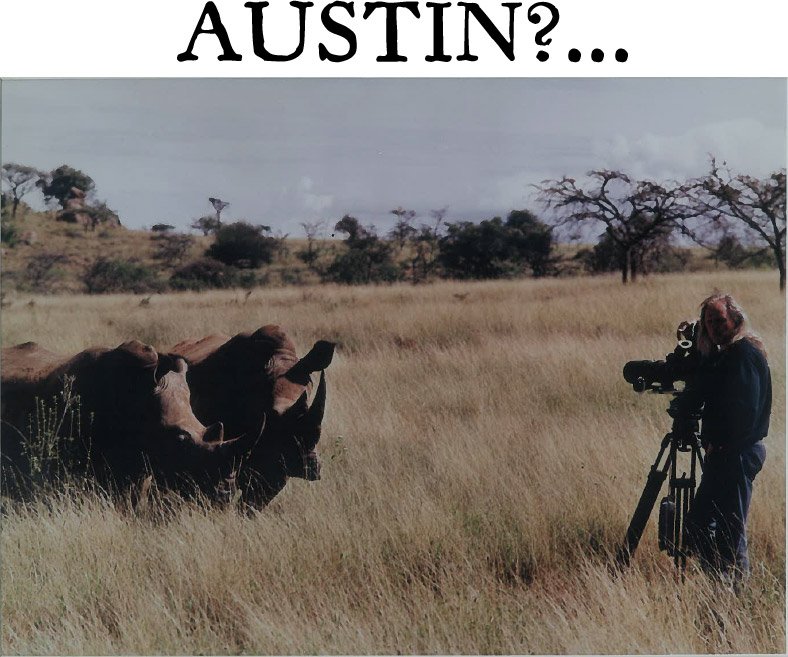 Austin McCann was my AD for many, many years.  He had the best disposition of any human I ever met.  He grew up on the West Side of LA and was a Malibu guy when I first met him.  I think he remembered the name of every person we ever worked with.  He was a treasure.  I say was, because he retired and I’m still working.  He endured my every tantrum and he only got angry at me twice and I don’t remember why, but I laughed each time because it was so out of character.

Austin and Lou Donelen were the only guys that Riney respected and Riney looked forward to them when we worked together.  I guess it was an Irish thing.

The only quibble I have with Austin after working with him over the decades was his leaving me alone with white rhinos in Africa.  I was next to the animals and when I turned around, Austin was up on the hill with the rest of the crew, waving.  He denies it but it’s true.

I busted him in Ireland when I found that his last name was misspelled.  We were looking at a carved stone with all the Irish names and there was no McCann.  It was MacAn.

Austin passed his gifts onto his two sons who are members of the Guild.  He still lives on the beach in Malibu but I’m not sure that he surfs any more. I see him rarely but when I do, its like a sunrise over the ocean.