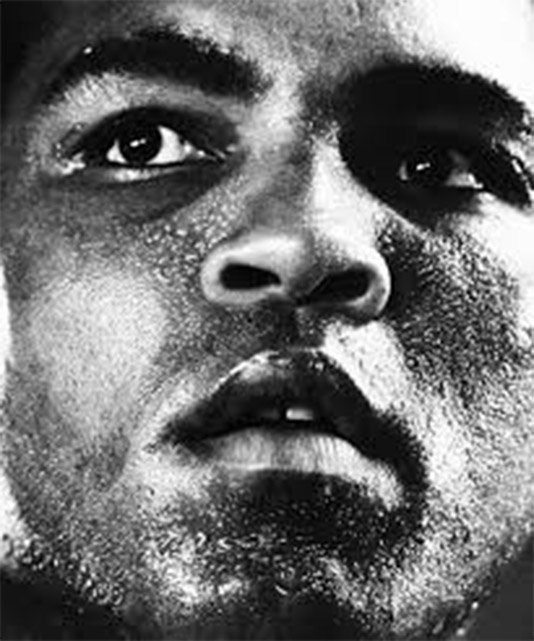 I worked with Ali several times for IBM.  Despite his shaking from Parkinson’s disease he emanated power and not a little humor.  He messed with everyone.  Brando didn’t project the power that Ali did.  Ali’s charisma filled the room and was nearly a religious experience.  I consider him one of the greatest Americans of the twentieth century because he took it on the chin by resisting the Vietnam War.  He suffered greatly and his comment, ‘No Vietcong ever called me nigger,’ although disputed, speaks of his instinctive fight for justice for the oppressed. It took McNamara, the author of the war, forty years to realize what Ali instinctively knew, that the war was completely unjust. The abuse and illegal persecution by the federal government and the press echoed the response to Paul Robeson, who also spoke out against injustice to all people. Ali survived and attained greater athletic fame and entered the pantheon.  Although ravaged by a horrible, debilitating disease, his eyes were clear, seeing into your soul.

During one of the shoots, Ali drew a fabulous picture for me of the RUMBLE IN THE JUNGLE.  I hope it’s because he knew how much working with him meant to me.

I wonder whether Tiger or Michael would lay it on the line like Ali did?