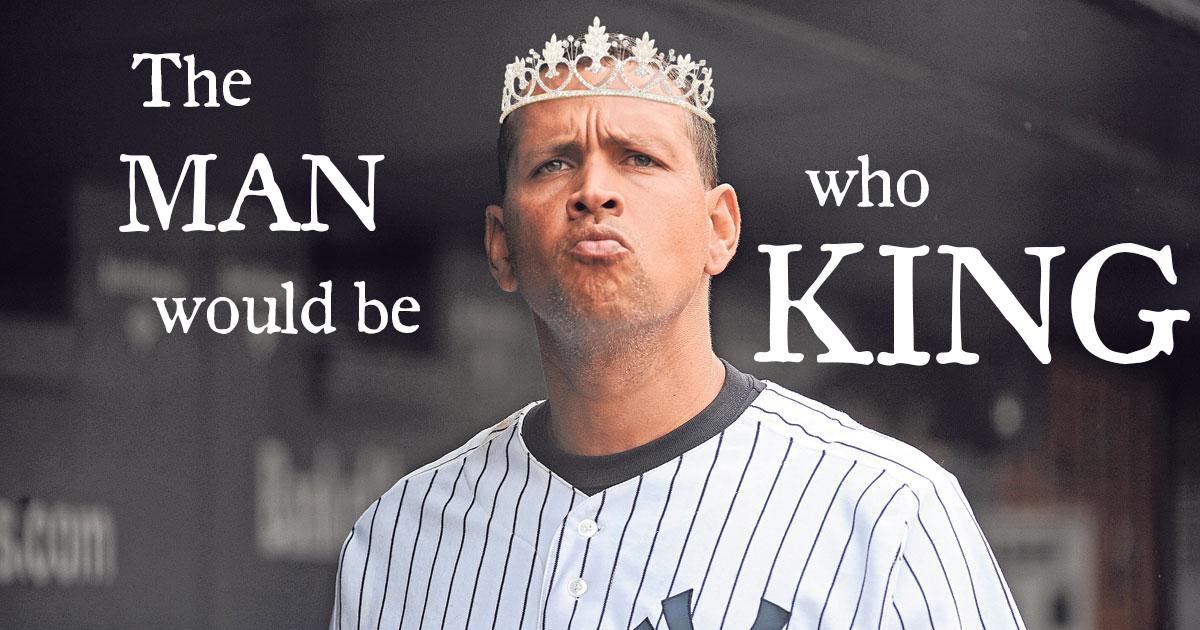 I first worked with Alex Rodriguez on the Li’l Penny Super Bowl Party commercial.  He had a small part with Sergei Federov, the Russian hockey player.  The two were very young and very handsome.

A-Rod was an incredible player, setting phenomenal records at a young age, actually a teenager. We ran into each other again on a Pepsi shoot that was a version of the McD spot, NOTHING BUT NET. He showed up in his silver Porsche, slick and handsome, perfect hair, and smelled really good.  He was slick and professional.  Barry Bonds was still a part of baseball and I don’t think he had set the home run record yet.  A- Rod and I discussed it for a bit and A- Rod said that he and Barry had agreed that Barry would set the record, then keep it until A- Rod would set the new one, something he was on course to do. It was interesting to hear how matter of fact and honest the discussion was, especially with me, a relative stranger.

Unfortunately, it was not to be.  A- Rod ran into a series of health and drug problems that precluded his setting all time records, records that appeared easy to reach when we had chatted.  He had to sit out a season for PED use and then suffered several diminished seasons for health related issues, and there goes the record.

In a strange way, his problems stemmed from bad female relationships, much as Tiger Woods’ had.  A- Rod’s ‘decline’ paralleled his philandering.

The curse of Madonna?